On Thursday, Sept. 26, the acting director of national intelligence, Joseph Maguire, is scheduled to testify publicly about his refusal to provide congressional intelligence committees with a whistleblower complaint.

The inspector general for the intelligence community, Michael Atkinson, has already found the complaint “urgent” and “credible.” He’s slated to testify in closed session on the same day.

By all accounts, the subject of the complaint is Donald Trump.

In a nationally televised interview on June 12, Trump said he’d take “dirt” on a political opponent from a foreign government to win an election. In fact, he was already using the power of the presidency to get that help. Now Trump is preventing Congress and the public from learning the truth about his potential use of American foreign policy for personal political gain. And he’s spinning the episode into attacks on his new targets: former Vice President Joe Biden and a whistleblower.

To follow the crisis, we’re adding a new name to the Trump-Russia Timeline filter: “UKRAINE/WHISTLEBLOWER 2019.” Here are the highlights so far: 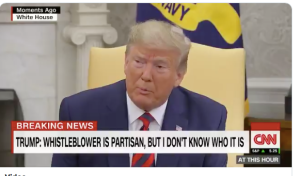 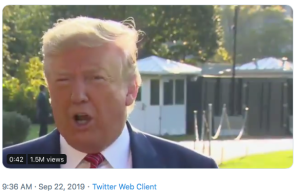 This 30-second CNN video speaks for itself: 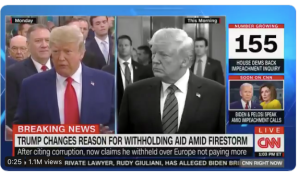