This post first appeared at BillMoyers.com on Mar. 27, 2020. Be sure to check out the animation accompanying it there.

Trump’s magical thinking and contradictory messages about the coronavirus have created public confusion. The consequences are becoming catastrophic.

Lying to the Public for Weeks

Jan. 3: The director of the CDC warns HHS Director Alex Azar that China has potentially discovered a new coronavirus. Azar tells his chief of staff to notify the National Security Council. This is a very big deal, Azar says.

Feb. 14: “We have a very small number of people in the country, right now, with it,” Trump says. “It’s like around 12. Many of them are getting better. Some are fully recovered already. So we’re in very good shape.”

Feb. 24: The pandemic is “very much under control in the US,” Trump tweets.

Feb. 25: “You may ask about the coronavirus, which is very well under control in our country. We have very few people with it, and the people that have it are … getting better. They’re all getting better. … As far as what we’re doing with the new virus, I think that we’re doing a great job.” He repeats this self-adulation in a tweet.

Feb. 26: “Because of all we’ve done, the risk to the American people remains very low,” Trump says. “When you have 15 people, and the 15 within a couple of days is going to be down to close to zero. That’s a pretty good job we’ve done.”

Feb. 27: “Only a very small number in U.S. & China numbers look to be going down. All countries working well together!” Trump tweets.

Also on Feb. 27: “It’s going to disappear. One day it’s like a miracle, it will disappear,” Trump tells attendees at an African American History Month reception in the White House Cabinet Room.

Feb. 28: At a campaign rally, Trump politicizes concerns about his handling of the growing crisis as a “Democratic hoax.”

March 4: “Some people will have this at a very light level and won’t even go to a doctor or hospital, and they’ll get better,” Trump says. “There are many people like that.”

Around Mar. 9: The White House task force receives results from a new study by the Imperial College of London projecting that the government’s failure to act swiftly and aggressively could result in 2 million American deaths.

The Truth Catches Up

Mar. 13: Trump declares a national emergency, but he does not invoke the Defense Production Act that would mobilize national resources to fight the pandemic.

Mar. 14: Dr. Anthony Fauci, one of the world’s foremost authorities on infectious diseases, the director of the US National Institute of Allergy and Infectious Diseases (NIAID) since 1984, and an adviser to six presidents, publicly urges consideration of a nationwide shutdown similar to those in Europe: “I would prefer as much as we possibly could. I think we should really be overly aggressive and get criticized for overreacting.”

Mar. 14-15: The Imperial College researchers send Trump’s task force an early copy of their final written report. By then, some US states and cities have already imposed stay-at-home orders and business closings.

Mar. 16: Trump reverses his earlier rhetoric of denial. Now he recommends that for 15 days Americans avoid gathering in groups greater than 10, work from home, avoid unnecessary shopping trips, and refrain from eating in restaurants.

Mar. 20: Dr. Fauci predicts that Americans will most likely have to stay at home and practice social distancing for “at least several weeks.”

Thanks to Trump’s failure to emphasize the seriousness of the pandemic, state governors who took the threat seriously are having difficulty persuading citizens to stay at home. Gov. Andrew Cuomo (D-NY) enlisted New Yorkers to get his message across: 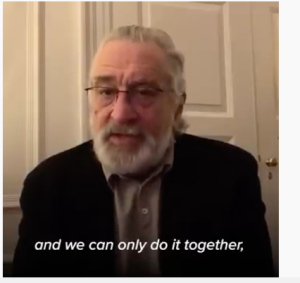 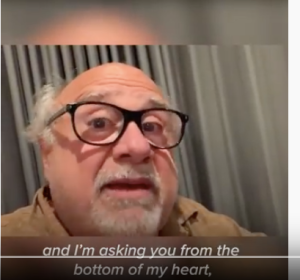 Like many governors throughout the country, Gov. Cuomo is fighting what economists would call lagging indicators of Trump’s false messaging and administrative incompetence. Trump’s leadership failure produced another lagging indicator: the testing crisis. Without a sufficient medical infrastructure to test, identify and isolate patients, America has been unable to follow South Korea’s successful containment strategy, even though that country and the US reported their first coronavirus cases on the same day — Jan. 20.

Other lagging indicators include the more rapid spread of the virus in the US due to lack of testing and hospitals with too few beds, insufficient ICU space, and an insufficient number of ventilators for those who will need them to survive.

The worst lagging indicator is, of course, hourly increases in American coronavirus deaths.

From Bad to Worse

Mar. 23: Only seven days into his “stay at home” guidance — Trump reverses himself again. Acknowledging that his own public health experts disagree, he says, “America will, again, and soon, be open for business. Very soon… We cannot let the cure be worse than the problem itself.”

Mar. 24: The World Health Organization warns that with more that 46,500 confirmed cases and nearly 600 deaths, the US has the potential to become the new epicenter of the global crisis. Only a week earlier, the US had a total of 6,300 cases in and 108 deaths.

Also on Mar. 24: Trump says he wants the country “back to work” by Easter. That’s Apr. 12. “Easter is a very special day for me,” he says. “Easter Sunday, and you’ll have packed churches all over our country.”

Mar. 25: The spokesperson for the World Health Organization who had warned that the US had the potential to become the next epicenter of the virus says that there is still time to “turn it around.” Sending all Americans back to work by Easter was not among her recommendations. Rather, the formula for success is testing people, finding each case, identifying people who have come into contact with those who have been infected, isolating those who are ill or who have been exposed, and quarantining, she says.

“Finally, getting the people who are ill to treatment — and when you do that, really, really protect your health workers,” she says.

Gov. Cuomo and other governors will make state-specific decisions about whether to “reopen the economy.” Unless Attorney General William Barr finds a way to upend federalism for his boss, there’s nothing Trump can do about it — except spout messages on which too many Americans will rely at their peril.

During a pandemic, incompetent leadership is deadly. Heed the advice of medical professionals who know what they’re talking about.